Jennifer Strickland is the founder and visionary of U R More, a ministry that teaches people their identity in Christ. Her passion is teaching women and teen girls their true worth and helping them fulfill their calling. She has a master’s in writing and bachelor’s degrees in broadcast journalism and international relations. For 15 years, Jen worked internationally as a professional model, which led her to the ministry she has today. These days you’ll either find her speaking at teen girls’ and women’s events, writing her inspirational messages of faith, helping other women write and publish their books, or at home cooking for her family. Her favorite moments are found working on the family ranch with her husband Shane, who she calls “the Cowboy”; in her kitchen, concocting a new version of her famous spaghetti; or spending time with their three precious children. Click here to read more of Jen’s incredible story.

ABOUT U R MORE

U R More inspires, equips, and trains women and girls to see themselves in God’s eyes. We do this by creating biblical resources, offering discipleship classes, developing small groups, and hosting powerful live events that activate them to know their Value, Identity, Purpose in Christ — what we like to call their “VIP” status in the eyes of God.

We serve women and girls from a variety of backgrounds. Whether someone is in an abusive relationship, a broken home, a prison, a school, a college campus, a recovery center, or a church, all people have value and need to know their worth. As a non-profit ministry, we provide books, Bible studies, live events, mentoring, and social media messaging to women and girls of all ages.

When Jennifer and her team share their stories, develop curriculum and video training, host an event, or mentor women and girls in crisis, U R More provides the resources necessary to accomplish these tasks. Since Jennifer began speaking in 2005, we have reached hundreds of thousands of people of all ages, races, and genders with their great worth in God’s eyes. And it seems our work has just begun. We ask you to help us instill value in women and girls, inspire them to find their purpose, and change the world one life at a time.

Please click here to become a partner with U R More. You are valuable to us. 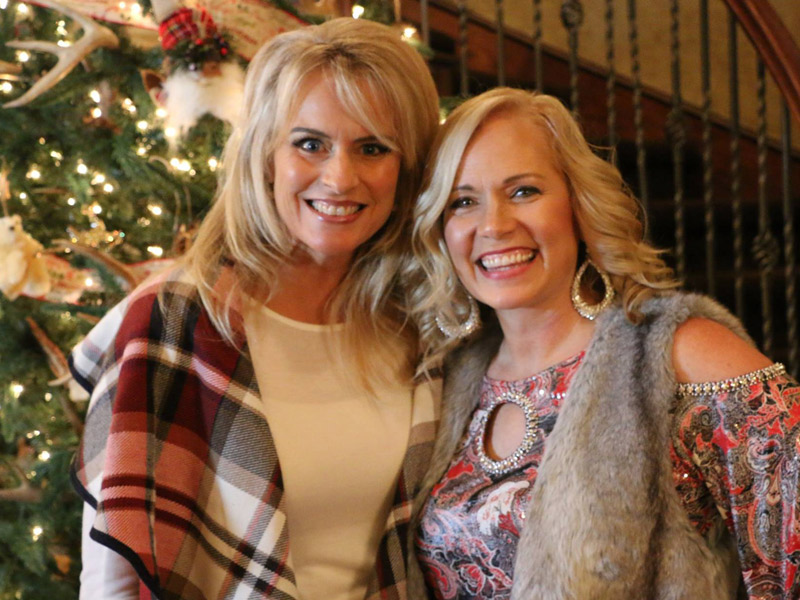 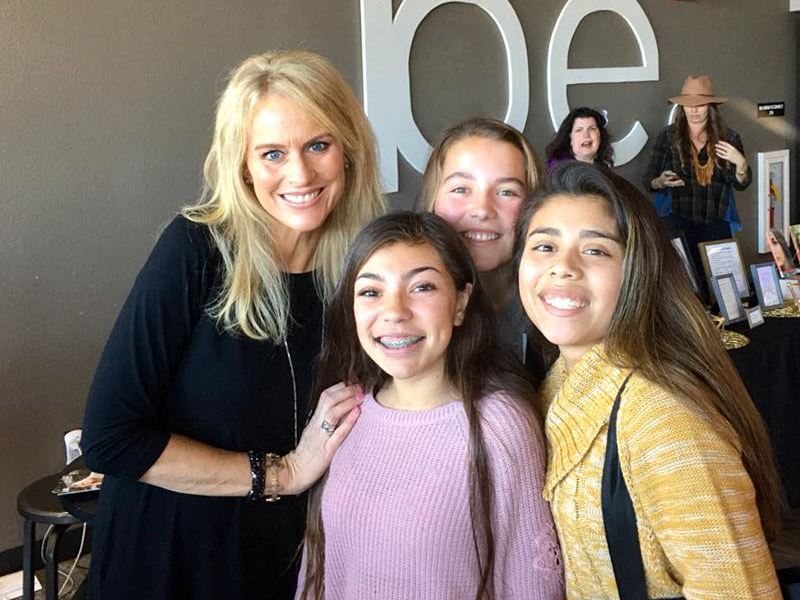 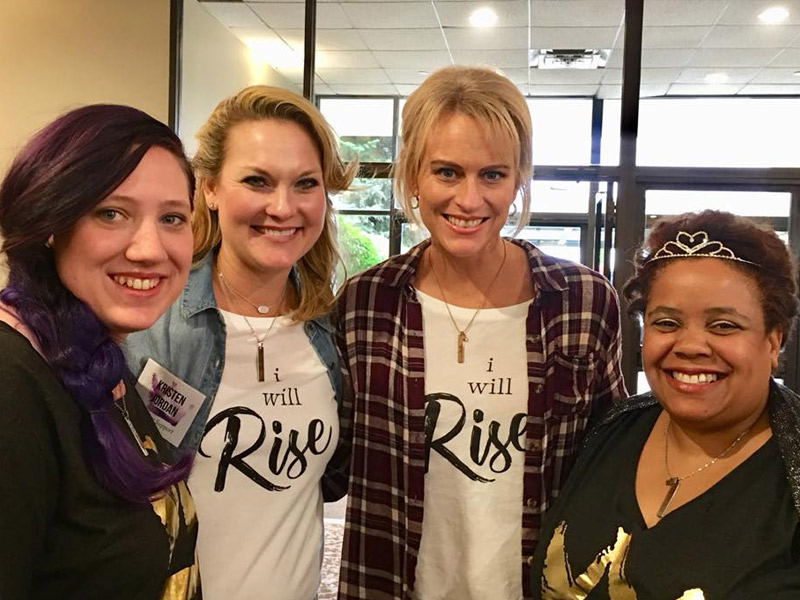 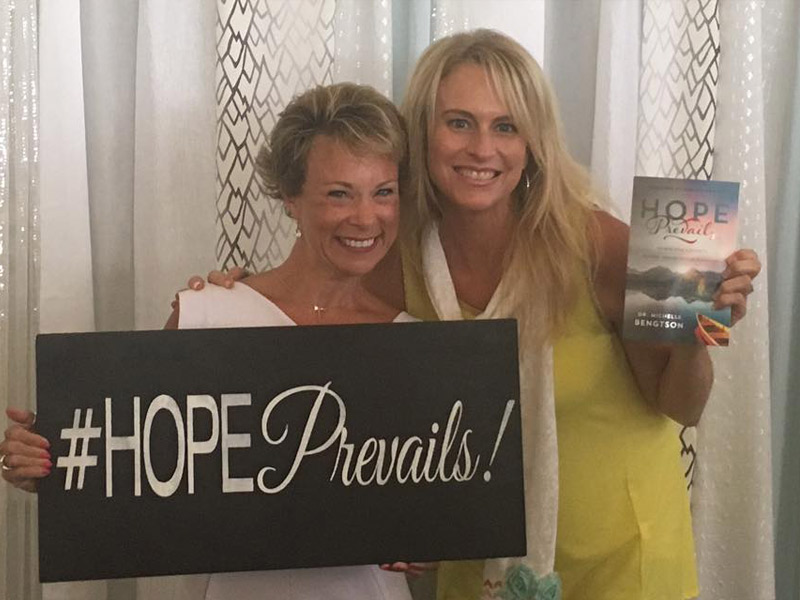 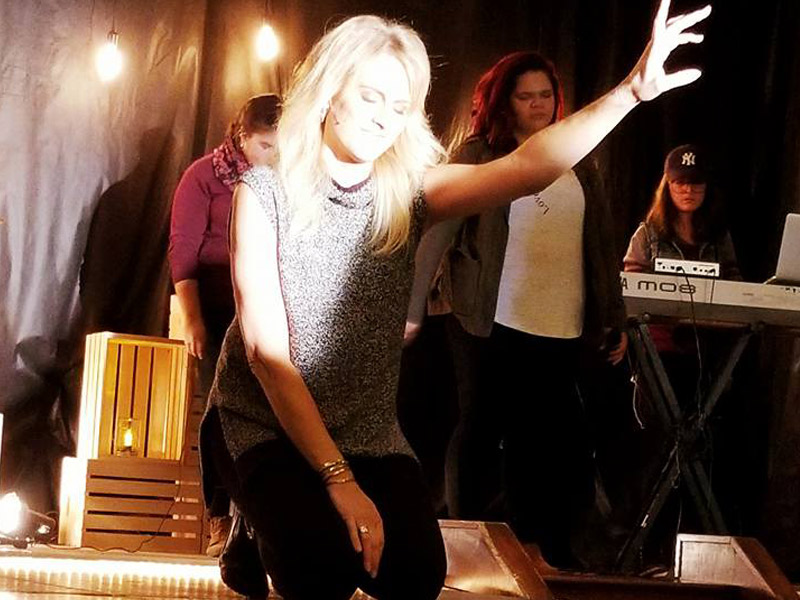 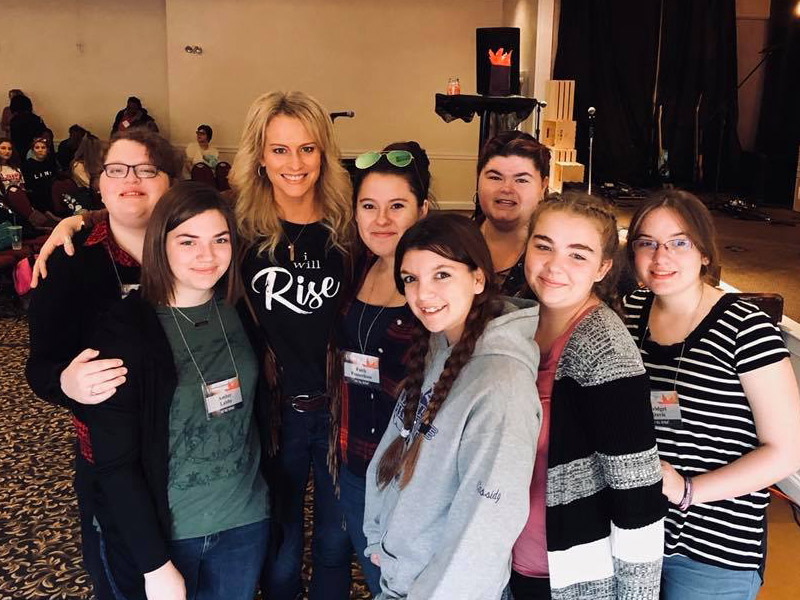 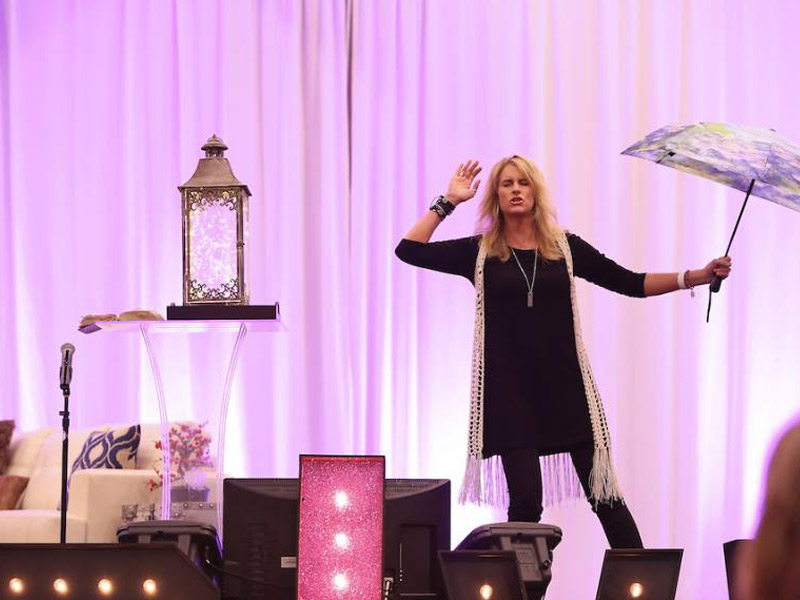 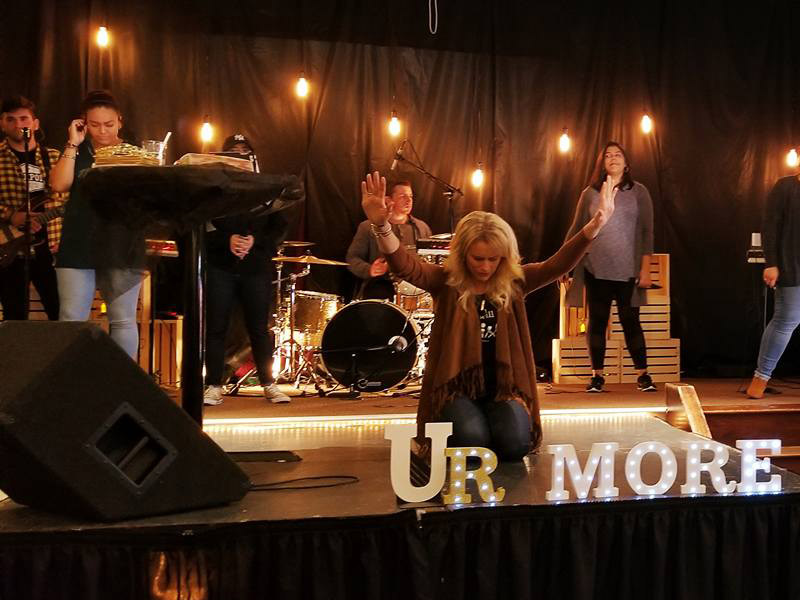 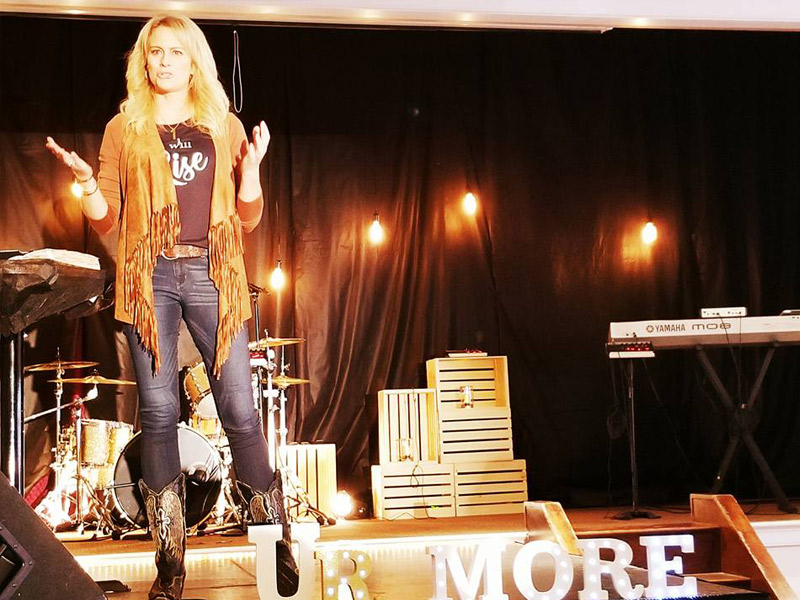 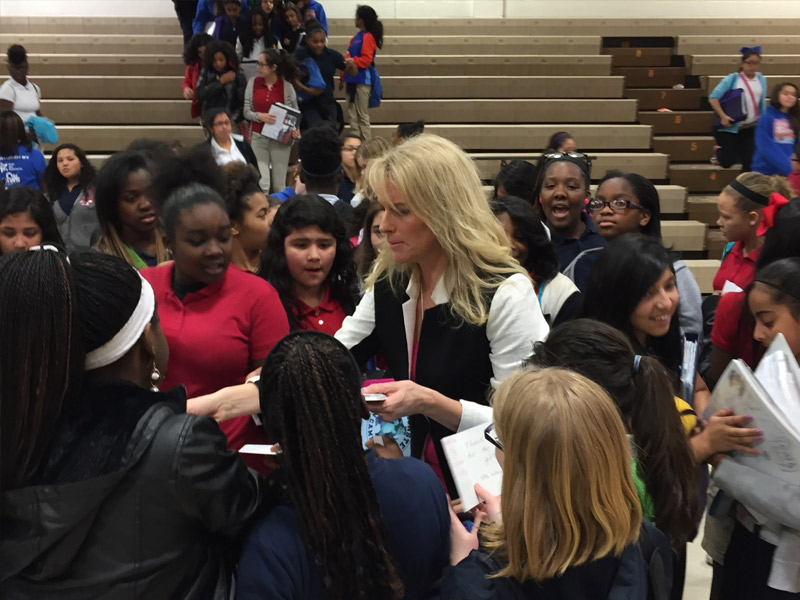 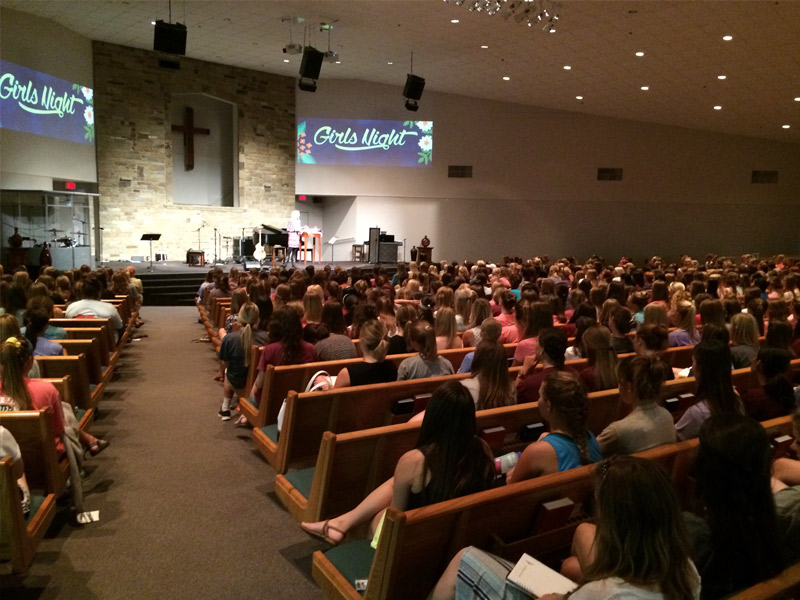 When I was a little girl, people used to stop my mother in the street and tell her I should become a model. At the age of eight, I started doing fashion shows, photo shoots, and mannequin modeling. At seventeen, my career took off when I signed with the Nina Blanchard Agency of Los Angeles (now FORD L.A.) and Nina sent me to Europe. During the next six years, my life was full with auditions, TV commercials, and photo shoots. While attaining a Broadcast Journalism degree from USC, I modeled all over the United States, Europe and Australia, appearing in fashion and beauty magazines, catalogues, and campaigns for such clients as Eddie Bauer, Jordache, Converse, Olay, and Coca-cola. I appeared in Glamour, Vogue, Cosmopolitan, and Seventeen, and was Barbie for the 35th anniversary of the doll in Italy.

During those years I lived with models whose lives were riddled with eating disorders, drug abuse, and unhealthy relationships. My days were filled with either praise or criticism over my appearance; and I became extremely insecure. After college, I signed with two of the most influential modeling agencies in the world, FORD New York and FASHION Milan, and moved to Italy, ready to take Milan by storm and hit the runway. I immediately began working with elite photographers, clients and designers, including Giorgio Armani. I opened his Giorgio and Emporio shows, showcasing his haute-culture and young women’s lines to the world. Armani chose to design the makeup for his 1995 Spring Giorgio Collection on my face, and was considering me for a huge print campaign.

Yet, at this pinnacle of my career, this place from which there seemed no bounds to what I could achieve, I found myself strikingly unfulfilled. As I saw how the superficiality and flesh-obsessed world of fashion modeling destroyed the self-image of so many young women, and left even those that achieved success without a clear purpose, I began to have a nagging sense there had to be more to my life than this.

After Armani, my career accelerated to a frantic pace – I went from studio to studio, country to country, every day dressing up to be a different person: different face, hair, clothes . . . until the reflection in the mirror revealed a dim resemblance of my former self. I began wondering who the woman in the mirror really was and what her value could be. Desperate for approval, I was starving myself for the designers, and became incredibly lonely. Being thousands of miles away from home all began to catch up with me . . . and this fast-moving train to fame derailed in a painful crash that seemed to take every dream of my young girl’s heart out with its wake.

The “beauty” that my career depended upon finally betrayed me: dark circles under my eyes, cystic acne, and a frame so thin that one could see all the ribs down my back; my face and body bore the toll of a business that treated me as a piece of plastic that could be painted up, broken apart, and discarded at will. When my family saw me over the holidays, they tried feeding my anorexic-thin body, and I put on a few pounds. But when Armani noticed my waist-line had changed, he fired me for the shows. From there, my career took a downhill slide, and I found myself wandering the streets of Florence, Rome, and Siena, searching for the meaning of my life. In towering, majestic churches, I got down on my knees and cried out for love, without any hope or faith that my prayers would be answered.

I finally hit rock bottom while working in Munich – considering suicide – and cried out in prayer. Little would I guess that God heard my cries and was right there, ready to pick up the pieces of my shattered life.

I soon met a series of strangers whose wise words changed the direction of my steps. By the beer gardens of Munich, I met a small group of street ministers who were handing out New Testaments; and they told me about Christ, who loved me so much to die for me, and who rose again, proving his power over the darkness that had consumed my days. They brought me to church, got me an English Bible, and literally saved my life. During this time, I also met a stranger on the street who boldly told me that I could not “sell beauty,” and that I needed to turn around and go back the way I came – back home to America and to my family, where I belonged.

From nearly ending my life in a cold, empty apartment to climbing the snowy mountains of Germany, discovering a Savior that could give me a new life and the love I so yearned for, I experienced the miracle of being sought out by the Creator of the universe and rescued. In the pages of His Word, I found the true meaning of love and discovered the security that comes from being a child of God.

Since I left the industry, my life has been transformed. Deep down, I always wanted to become a writer. So when I returned home, I took the money I made modeling to go back to school to earn my Master’s degree in Writing and Literature. I began teaching school and working with youth. Soon afterwards, I met my wonderful husband, “the Cowboy,” who always encourages me to use my story, time, and resources to help others. We have been extraordinarily blessed with three beautiful children. My life now has the meaning and purpose I longed for when I was in the modeling industry – to be a wife and a mother, and to help others discover the value that God sees in the heart of every one of His children, no matter how broken their lives may seem.

Over the years, I have taken a lot of time to heal from the past and turn it into purpose. I have fought through the quicksand of unforgiveness, bitterness, pain, and anger. I have sought healing for myself and in my relationships. And I have discovered that when we completely cut the tie with “who we once were” and embrace who we can become, we are free to write a new story for ourselves. Today, my passion is helping others let go of their pasts, release the shame that tries to follow them, and inspire them to know the unconditional acceptance we have in Christ — to know it for themselves, and offer grace to others. If we can reflect God’s heart in a world that needs more of Him, then we have captured the true meaning of life, love, and real beauty.